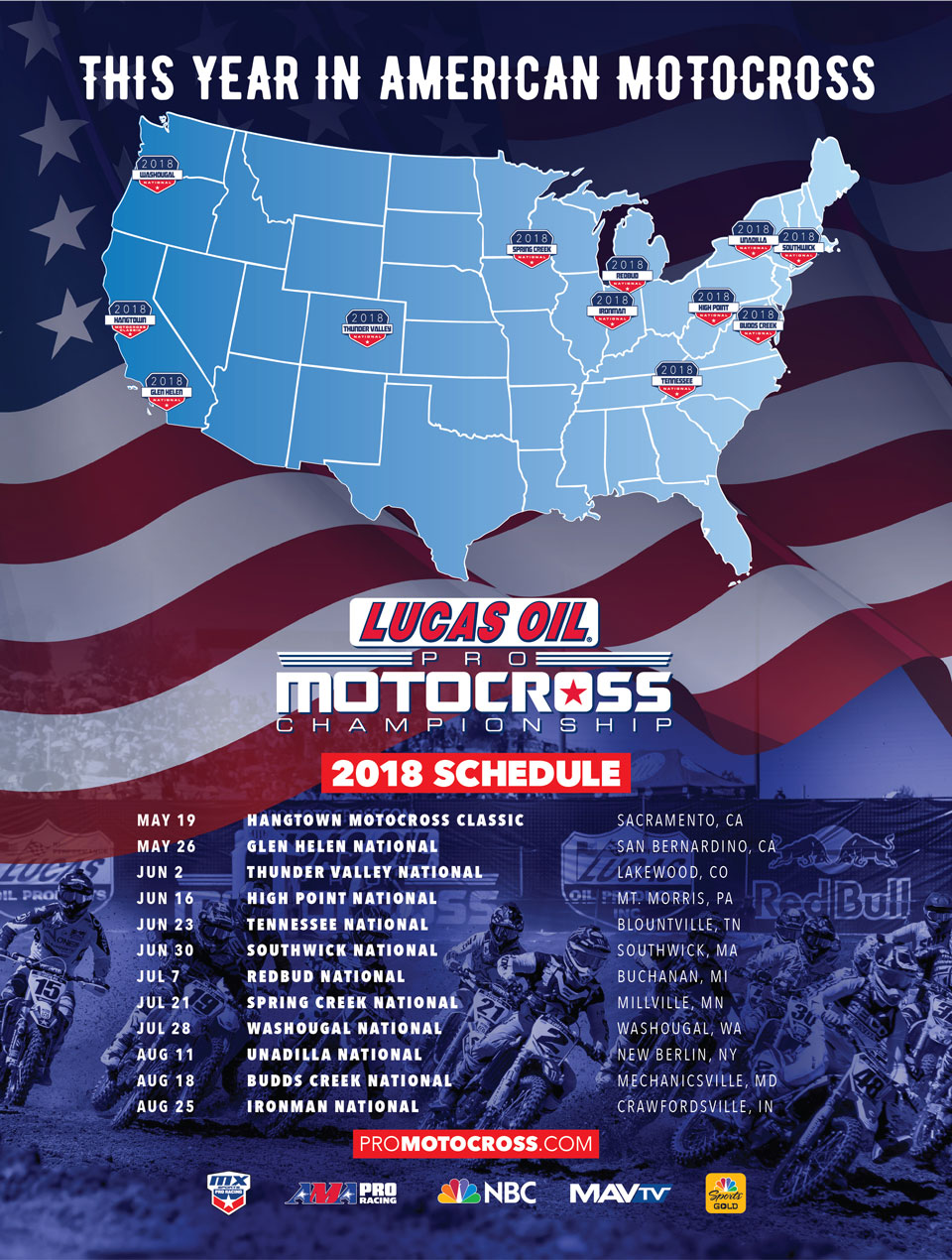 We are counting down the days! 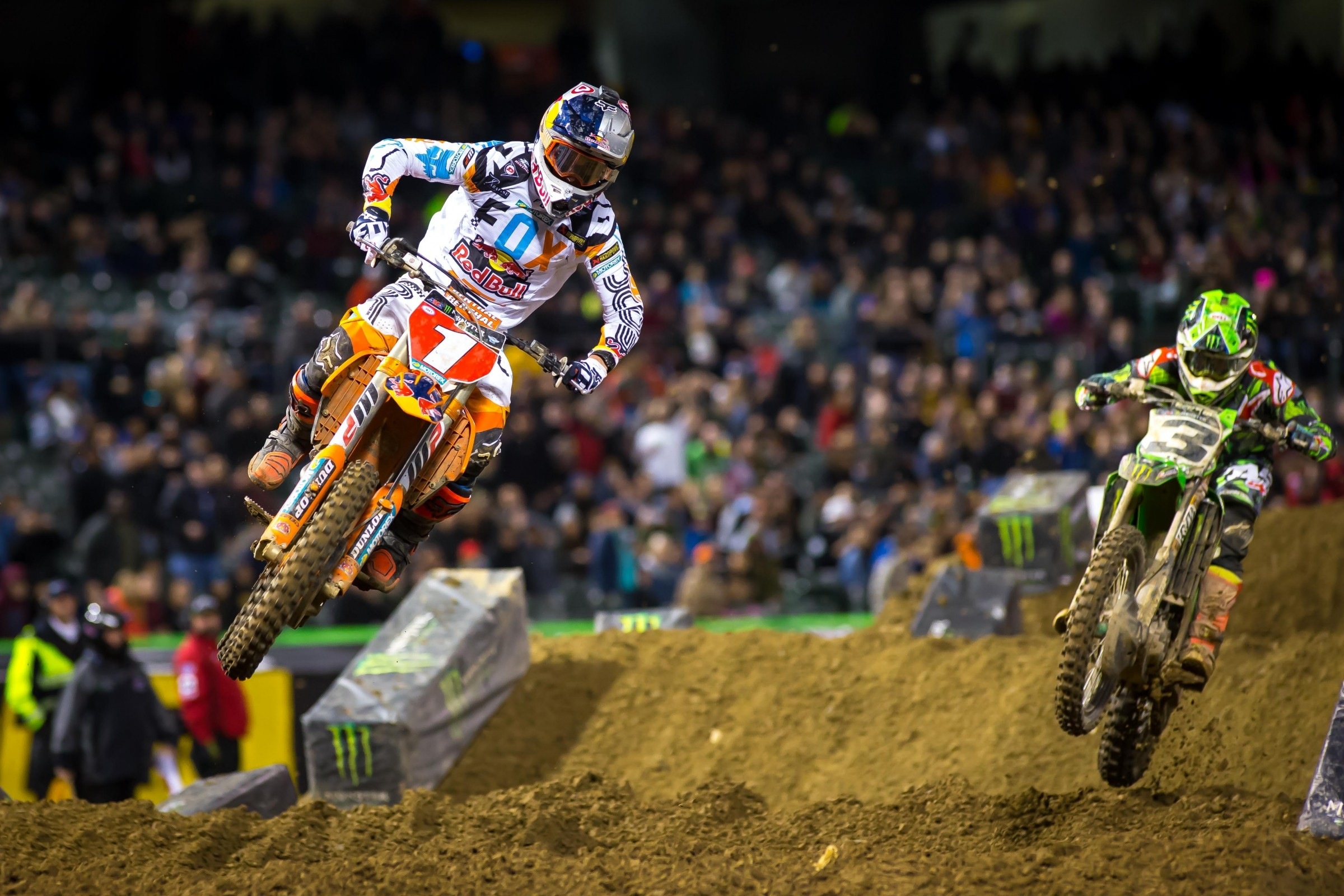 Tomac emerges again. How did he do it, and how did Dungey react?

Source: New articles have been posted on Racer X Online

A great story by Racer X Online regarding Tomac’s second win over Dungey and his steady closing of the point gap for first. 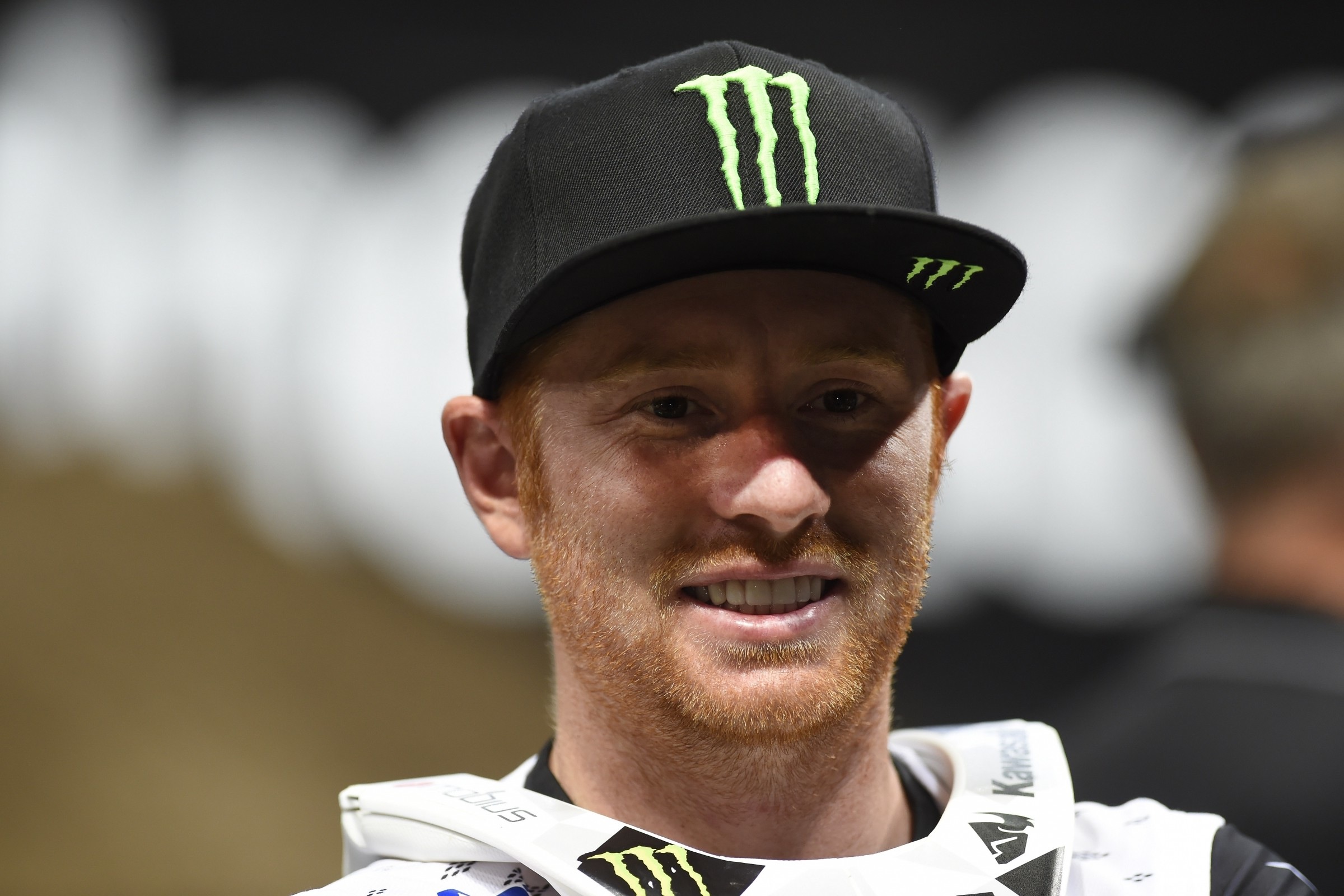 The four-time Monster Energy Supercross Champion talks about his first race since 2015. 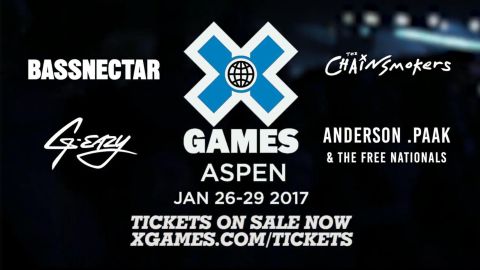 X Games Aspen 2017 returns to Buttermilk Mountain on Jan. 26 – 29, 2017, and musical acts Bassnectar, Anderson .Paak & The Free Nationals, The Chainsmokers and G-Eazy are set to perform. 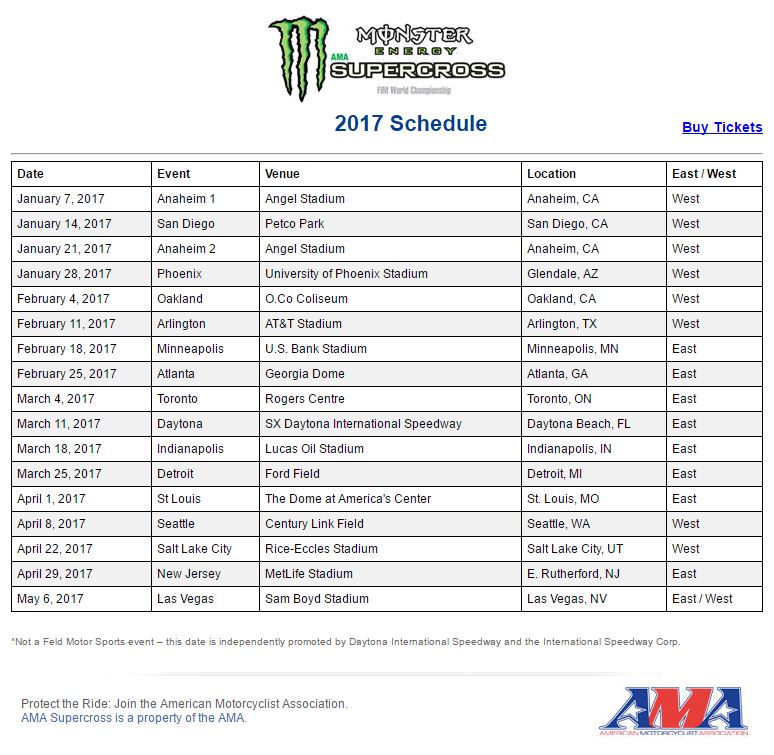 Mark your calendars as Ken Roczen, Jeremy Martin, James Stewart and the rest of the 450 Class take on defending champion Ryan Dungey in the 2017 AMA Monster Energy Supercross Series.

POMONA, Calif. — The approach to Red Bull Straight Rhythm is always loaded with question marks. It sits right in the middle of the AMA offseason, when riders are changing things up and prepping for next year. It also happens to be a race completely unlike anything else in professional motocross.

In 2016, the questions only continued to circle the event, with the inclusion of the Alta Motors electric bike and, of course, the news that Ronnie Mac was coming in. But after an incredible night in Pomona, we were left with more than one moment that will live in motocross history. Check out the five greatest moments of Red Bull Straight Rhythm 2016 in the video above, and keep an eye out for more goodies from the most exciting RBSR in history.

Musquin came into the final looking to stay undefeated and he did just that. As the gate dropped on the first run, Marvin launched off the start and went on to take the win with a time of 40.2, besting his qualifying run by a fair margin. While Dungey did everything in his power to bring home the victory, the Frenchman proved unbeatable on this night, taking a commanding victory in the second run and sealing the deal for the 2016 Red Bull Straight Rhythm crown. 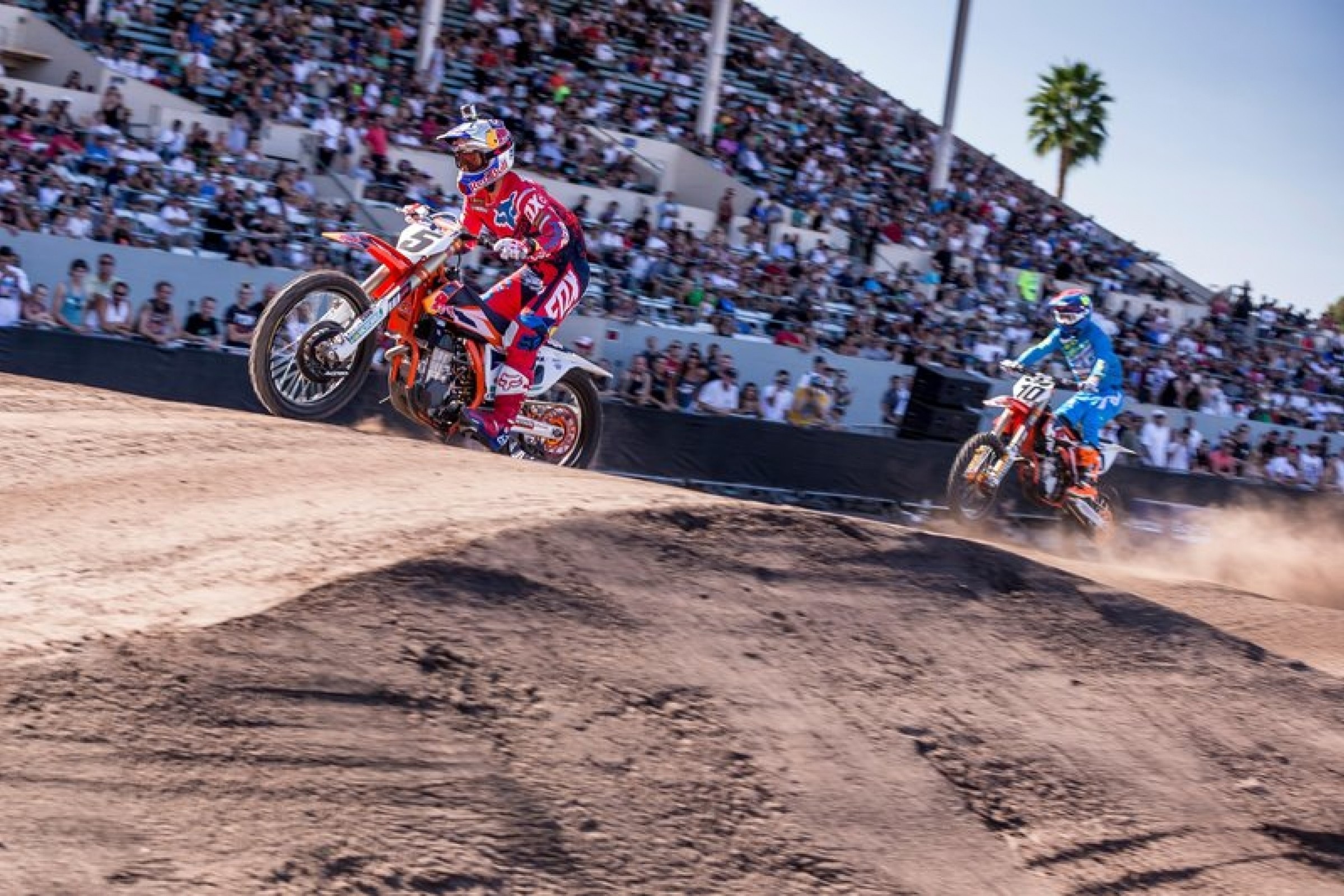